The Concept of Miracle in Islam 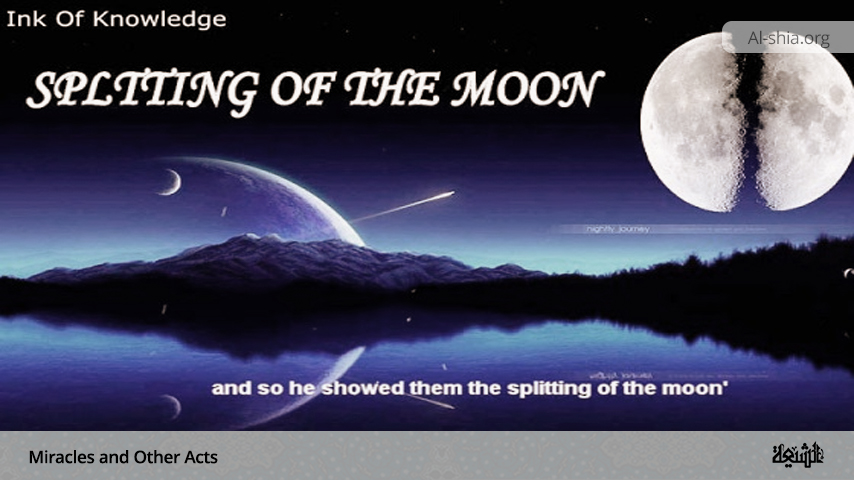 It is, no doubt, against wisdom and logic to accept the claim of just any claimer. A person who claims to be a Prophet might be telling the truth, but there is always the chance that an opportunist might also claim that he is a Prophet. For this reason, it is necessary for us to have definitive criteria to evaluate such claims.

There are different ways for us to arrive at such an objective. Among them are the following two approaches: A study of the content of the Prophet’s invitation and message;

Now, let us talk a little about miracles: there are those who are amazed at the word miracle or consider miracles to be the stuff of legends and myths. But when we consider the true meaning of miracles, we find out that such conceptions are false.

A miracle is not an impossible act, nor is it an effect with any cause. In plain words, a miracle is an extraordinary act whose performance is beyond the power of the common man; rather, its performance depends on supernatural power.

Thus, a miracle has the following features:

It is an action that is possible and acceptable. Ordinary people or even men of great genius who are reliant on human power are not capable of performing such an act. The performer of a miracle should be so confident in his performance that he could invite others to challenge him.

No one else could perform the same miracle, and as its name implies, no one would be able to perform it and would be frustrated in attempting it. A miracle should be accompanied by the claim to prophethood [thus, any extraordinary work performed by a common man is not a miracle; rather it is an act of divine grace (Karamah)]

All of us have heard that one of the miracles performed by Jesus Christ (a.s) was to bring the dead back to life and cure incurable diseases. What scientific or rational reasons do we have to believe a man could not return to life after his body was dead? Or what rational reasons are there for us not to believe that a cancer patient who was considered incurable could be cured?

Of course, man, with his normal powers, is not capable of resuscitating the dead or curing many diseases, even if all the world’s physicians worked together. But why could not a man who is equipped with divine power and who is cognizant of God’s immense ocean of Knowledge resuscitate a dead body or cure an incurable disease?

Science says: I do not know and am not capable, but it could never say that it is impossible or irrational.

Another example: A journey to the moon without a spacecraft would be impossible for any human being. But what is wrong for a person to do it if he is equipped with a supernatural force and with a mysterious mount that is very different from what we have seen?

Anybody who could perform such feats and then claim prophethood and invite people to challenge him must be definitely sent by God. This is because it is impossible for God to give a thief and a liar such power to mislead people.

Going to extremes has always caused the distortion of facts and truth. The same is also true regarding miracles.

While some modernist thinkers, either explicitly or implicitly deny all miracles, other groups of people invent miracles and present others with weak Islamic traditions and superstitious myths, which are probably the work of mysterious enemies, thus defacing the Prophets’ true and intellectually sound miracles by encapsulating them within the cover of illusion and superstition.

True miracles do not show their merits unless they are pruned of such man-made, invented myths. For this very reason, our religious thinkers have always been careful to present Islamic narrations without such man-made innovations. These Islamic thinkers created a science called the science of the men of religion so that they could evaluate the narrators, they could distinguish correct narrations from weak ones and stop the mixing of truth with illusory and baseless ideas.

Colonizers and atheistic movements have also not remained idle and have also endeavoured to mix pure, clean religious ideas with baseless superstition. In this way, they have frantically tried to give an unscientific aspect to these genuine miracles. However, we should always be aware of the destructive conspiracies of our enemies.

Miracles versus Other extraordinary Acts

Sometimes, we hear about people performing supernatural deeds. Many have witnessed such feats. This is a fact, not a myth. Now this question is raised: “What is the difference between these extraordinary acts and the miracles of the prophets? What are the criteria to distinguish between them?”

There are two clear answers to this question:

Yogis perform only a limited set of acts. In other words, no Yogi would do any act that you might suggest; rather, he would carry out the extraordinary act at which he is adept. This is obvious since the power of human beings is limited and they can become an expert only in one or of practice.

However, there is no limit to the Prophets’ extraordinary feats. There is no condition on them. At any moment, a Prophet is ready to perform any miracle required of him. This is because they receive their power from God. And we know that there is no limit to God’s power while man’s power is limited.

What a yogi may perform could be done by another yogi, so their practice is not beyond the power of man. For this very reason, a yogi would never challenge others to carry out the same feat he does. This is because there might be other people like him.

However, the prophets challenged others to do what they did and they would say, If all people on the earth gathered together, they would never be able to do what we do. The same applies to magic. These two differences clearly distinguish miracles from magic, as well.