Imam Hussain (a.s) And His Revolution 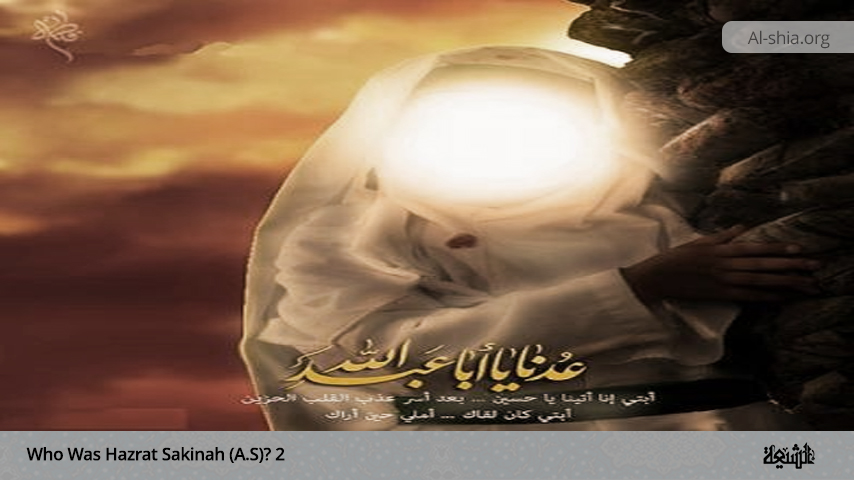 When Muawiah died in the middle of Rajab of year 60 (Hijra), and his son Yazid took power, and ordered his governors to ask for the people’s pledge of loyalty and especially that of Imam Hussain (A.S.), a wave of rejection and opposition to the policy of betrayal and tyranny mounted, and the Imam decided to rise to his religious responsibilities as the lawful Imam and the leader of the Islamic nation entrusted with the task of preserving its divine message.

He (A.S.) went to his grandfather’s (s.a.w.a) grave, and recited the following prayer:

“O God, This is the grave of your Prophet, Muhammad (S.A.W) and I am his daughter’s son, and I have come to know what you undoubtedly know.

O God, I like to enjoin the good and reject the evil. I ask you O All-Mighty God by this grave and by who is in it to choose for me what would please You and Your Prophet”.

Thus Imam Hussain (A.S.) pledged that he would defend the message whatever the cost, as long as it would lead to Allah’s satisfaction. The Imam went on to meet with his relatives and followers and inform them of his intention to leave for Makkah.

He was met by a lot of opposition from those who tried to dissuade him, either because they were afraid that he would get killed, or because they were not courageous enough to follow him. But his resolve to uphold the right was not shaken by such objections or threats.

He declared his first revolutionary communiqué which took the form of a will he wrote to his brother, Muhammad bin Al-Hanafiyah:

“…I did not revolt for the cause of evil tyranny or corruption, but to reform the Ummah of my grandfather (Prophet Muhammad [s.a.w.a]).

I want to enjoin the good and denounce the evil, and take the course of my father and grandfather”.

This eternal communiqué is the official declaration of his revolution. The Imam (A.S.) travelled to Makkah and there he chose to stay at the house of Al-Abbas bin Abdul Mutalib, where the faithful believers of Makkah, as well as those outside it, started to visit him and pledge loyalty to him.

News about the political uprising in Kufa reached Makkah, and the leaders of the city wrote a letter in which they declared their opposition to the Ummayad rule, and they would not accept anybody else but Imam Hussain (A.S.) to rule them.

This letter was followed by many other letters asking the Imam to come to their city to assume his rule as an Imam of the faithful.

On the way to the Greater Martyrdom

Yazid became so worried that he decided to send an army led by Amr bin Saad bin Al-Ass, to kill the Imam wherever they found him and whatever the costs.

When the Imam heard that Yazid’s army was heading toward Makkah, he was afraid that they would violate the sanctuary of the City, so he decided to leave for Kufa although he knew beforehand the ultimate destiny he was to face.

Imam Hussain (A.S.) and his companions headed toward Iraq; although he was certain that he was going to be killed. But he believed that the true victory of Allah’s message would be realized through his martyrdom since there was no one else to stand up for the oppression.

He knew that the nation would not wake up except by such a great shock. Therefore, let this shock be his martyrdom, along with Ahl ul-Bayt who went all the way with him.

The Reasons for the Revolution

Imam Hussain (A.S.) did not possess the necessary force that would enable him to win; he did not even rely on those who wrote to him from Kufa. For he declared his revolution before he received their letters and delegates. Al-Hijaz too did not give him enough support to be able to stand against the Ummayads.

Therefore he decided to leave for Iraq for the sole reason of preventing any blood shedding in the Holy City of Makkah. Moreover, he knew that he was destined to die; yet he went on.

Why did he declare his revolution?

To answer this question, one should be aware of the following facts:

Yazid represented a real danger to the Islamic nation, for he was not a true Muslim. He was not properly educated on the teachings of Islam.

And he used to drink alcohol, gamble, and commit all other sins according to historic sources. He said: Banu Hashim staged a play to obtain the Kingdom.

Actually, there was neither any news (from Allah) nor any revelation. Such a man could not be entrusted with the affairs of the nation.

Nevertheless, the faithful forces, with Imam Hussain (A.S.) as their leader, had benefited a lot from these points of weakness in the personality of such an evil ruler.

In these circumstances, it might not be strange to see many Muslim dignitaries trying to convince Imam Hussain (A.S.) to avoid the confrontation with Yazid, although they bore witness to the corruption of the Ummayads, and they also realized that it was the Imam’s duty and right to face it.

He was thus approached by Abdallah bin Umar bin Khattab and Abdallah bin Al-Zubair, as well as some of his family members. These are some of the manifestations of the absence of the militant spirit among most Muslim leaders.

As for the common people, this negative spirit spread among them to a terrifying extent. The people of Kufa, for example, broke all their pledges’ promises and oaths, once they were subjected to the wave of terror led by Ibn Ziyad, as well as seducing them with promises of wealth and power. These factors were among the main reasons that led to the announcement of the revolution.

The Imam wanted to shake the dead consciences because he knew that there was no reason what speeches and talks to galvanize and mobilize the people and solidify their morals.

The general level of the nation as a whole was below the required to stand up to the current of sweeping deviation. A tendency to treasure the pleasures of this world began to be visible in all sections of the nation, as a substitute for the spirit of sacrifice for the cause of Allah. And this enabled the opportunistic current to win and hold the positions of ruling and guidance.

It was necessary that the nation should learn about the true Islamic conception of the Imamate; its true role and its dimensions. The dangerous effects of undermining the Islamic conceptions which were played by the Ummayad rule were never emerging from the grass root level, but rather from the high levels of leadership that monopolized all means of guidance.

Therefore, in accordance with the demands of the Islamic message, and the qualities that have to be available in a Muslim ruler, Imam Hussain (A.S.) had to explain these issues to the Muslim masses in every speech he made or any other opportunity he had:

“O people you have to be pious believers and know the right. That is better for you. We the members of the family of the Prophet Muhammad (Ahl ul-Bayt) are more entitled to be the rulers than those who claim what is not rightfully theirs; those oppressors and tyrants”.

With such roaring words, Imam Hussain (A.S.) revealed that the Ummayads who have deviated from the right Islamic path are not fit to be rulers, and explained to the nation the foundations of the course Islamic traits that are embodied in the Imam himself that qualify him to be Imam of the nation.

Thus, underlining the Islamic conception of the Imamate and revealing the falsehood of the Ummayad claims were among the fundamental reasons that made the Imam declare his revolution.

The Islamic message offers no justification for the Muslim to relieve him from performing his duties as a man who has obligations towards the message he believes in.

Man in Islamic society is not an independent individual but rather a person who is integrated with his society and who should perform his duties toward the Islamic message. But to fulfil his commitments towards Allah’s Shariah in enjoining the good and forbidding the evil meant that he had to follow the path of the revolution because it was the only way that provided any hope for reform in his grandfather’s (S.A.W) nation.

These are the main reasons that gave Imam Hussain (A.S.) and his companions the right to declare the victorious revolution, which immortalized Islam and inspired the coming generations to defend it and to hold fast in the Holy Wars of Jihad.