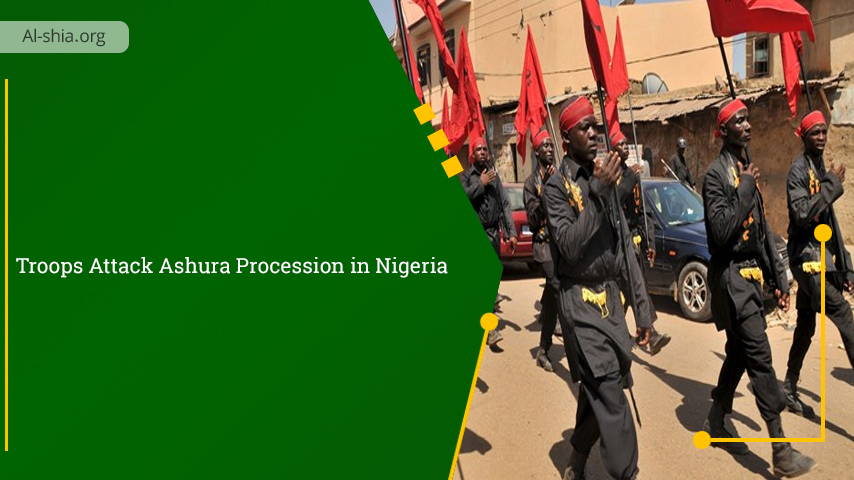 A Nigerian Shiite organization, Islamic Movement of Nigeria (IMN), said 12 of its members were killed in a nationwide crackdown on Tuesday during a peaceful annual Ashura procession.

Ashura, a Shiite mourning period in commemoration of the killing of Imam Hussein, a grandson of Prophet Muhammad, is observed globally on the 10th day of the month of Muharram (the first Islamic lunar month).

According to reports, Ashura mourning ceremonies were held in more than 300 areas of Nigeria by supporters of the prominent Muslim cleric Sheikh Ibrahim Zakzaky, and in some areas police clashed with mourners, injuring and detaining several others.

Sheikh Abdulhamid Bello, a spokesperson for the Islamic Movement of Nigeria (IMN), confirmed that the security forces killed at least six Shia mourners on Monday in Zaria. Likewise, the killings took place after attacks on Ashura mourners in Kaduna, Bauchi, Sokoto and Katsina states.