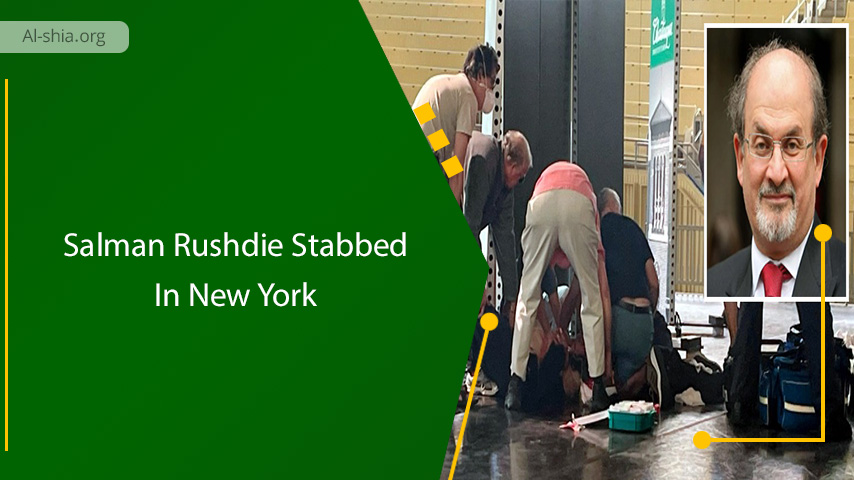 On Friday, August 12, 2022, a 24-year old New Jersey man stabbed Salman Rushdie, the infamous author of the blasphemous anti-Islam book –The Satanic Verses – during a speech in the US state of New York.

Salman Rushdie who spent years in hiding after the leadership of Iran called for his death following the publication of his novel “The Satanic Verses.” However, in recent years, declaring “Oh, I have to live my life,” he re-entered society, regularly appearing in public around New York City without evident security.

On Friday, Salman Rushdie was attacked just before a lecture he was scheduled to give at the Chautauqua Institution in western New York. The suspect jumped onto the stage and stabbed Rushdie at least once in the neck and at least once in the abdomen. Salman Rushdie is currently put on a ventilator in critical condition and may likely lose an eye due to sustained injury.