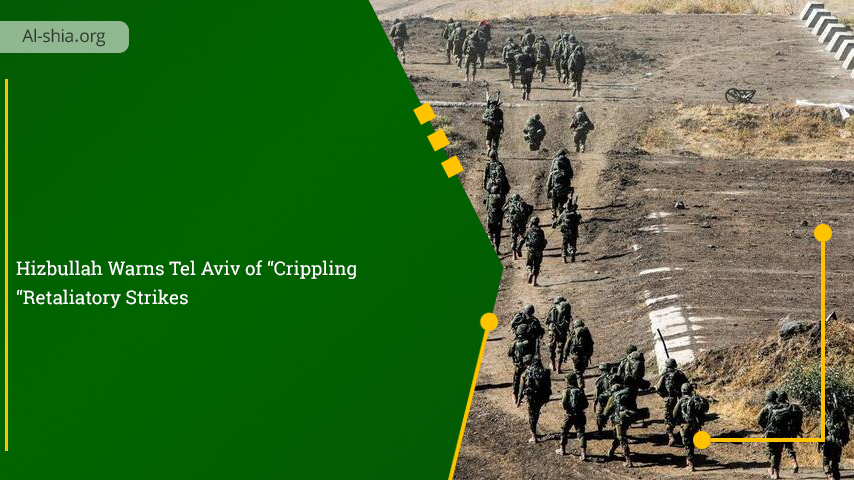 Sayyed Hassan Nasrallah, the leader of Lebanese resistance movement, Hizbullah has warned Israeli regime of “crippling retaliatory strikes” if Tel Aviv dares to target Lebanese territories hailing his group as forerunner of battle against the Zionist regime of Israel.

Sayyed Hassan Nasrallah made the remarks in a televised speech on Tuesday as he addressed mourners commemorating Ashura, which marks the martyrdom anniversary of Imam Hussain (AS), the third Shia Imam and the grandson of the Prophet Mohammad (PBUH).

“Hizbullah is at the forefront of battle against the Zionist enemy,” Nasrallah said. “The resistance movement is stronger than ever; Israelis should not make the folly of testing the Lebanese nation’s resolve to protect its own.

The Hizbullah leader lauded Palestinians and resistance fighters in the besieged Gaza Strip for their spirited resilience and steadfastness, emphasizing that they have managed to impose their equations on the Israeli regime.