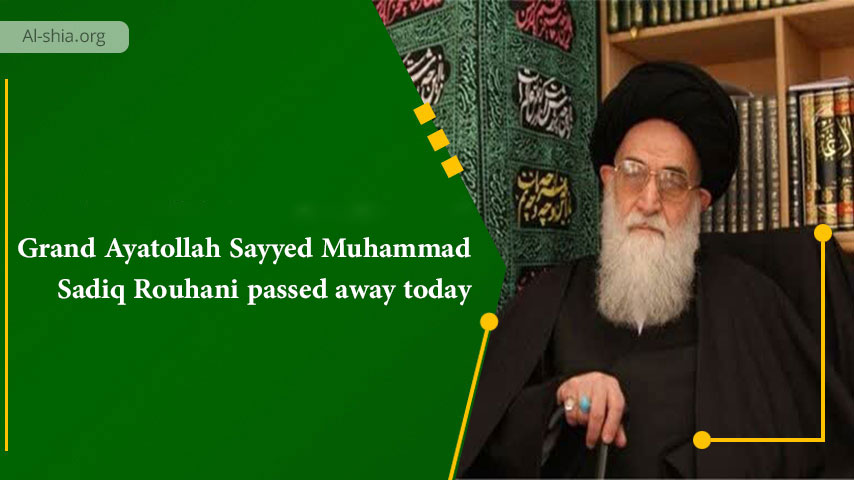 (Friday – December 16) According to ISNA, the office of this religious authority announced by publishing a notice: “We are for Allah and unto Him, shall we return”. In the evening of Friday, December 16, 2022, and in the hours attributed to the Holy Imam of our time (May the peace and blessing of Allah be upon him), the esteemed soul of the Shia Religious Authority; Grand Ayatollah Sayyed Muhammad Sadiq Rouhani (May Allah forgive him) reunited with his pure ancestors. Ayatollah Rouhani was born in Qom in 1926. He learned the basic lessons of Arabic literature from his father, Sayyed Mahmoud Rouhani, who was among the professors of the seminary of Qom. At the age of 10, he went to Iraq with his elder brother to continue his studies at Najaf Seminary. He was one of the students of Grand Ayatollah Abul Qasim Khoei and after returning to Iran in 1950, he stayed in Qom until his death. He died in Qom on Friday evening, December 16 at the age of 96.