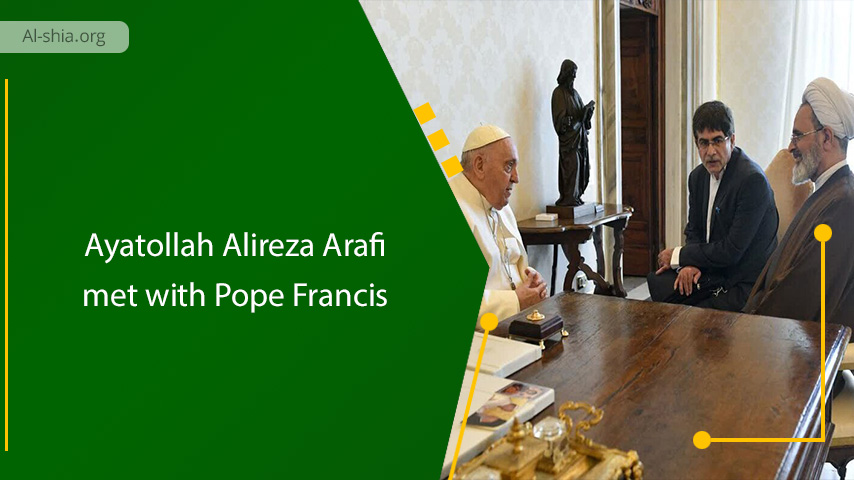 On Monday, May 30, 2022, Head of the Iranian Islamic seminaries, Ayatollah Alireza Arafi met with the Head of the Catholic Church, Pope Francis at the Vatican. The meeting is coincided with the commemoration of the 33rd anniversary of the demise of the late founder of the Islamic Republic of Iran; Imam Khomeini (r.a).

During the meeting, Ayatollah Arafi highlighted the importance of convergence and constructive interaction among religions, as it could help to address several social, cultural and ideological challenges of the contemporary world.