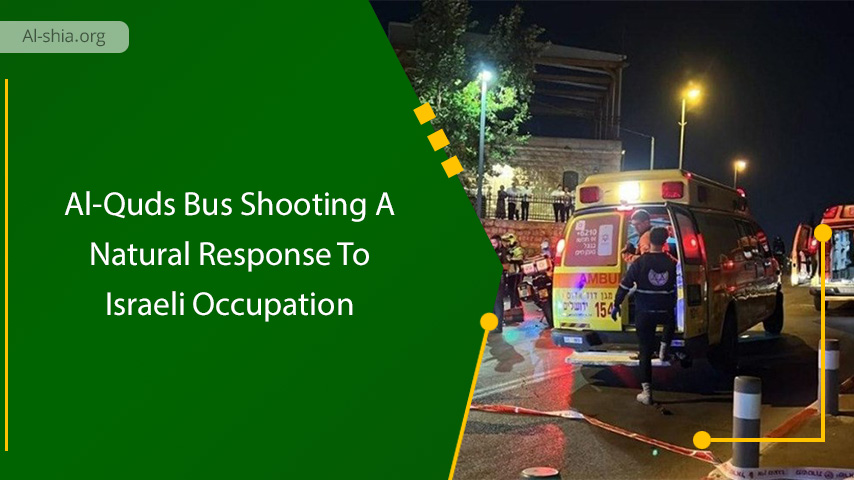 On Sunday, August 14, 2022, there was an attack outside one of the gates of the occupied Old City of al-Quds and leaving at least nine Israeli settlers injured.

Early reports by Israeli media indicated that there were two attacks at two separate neighborhoods of the occupied al-Quds. They said shots were fired toward a bus on a road near the Western Wall, and also at a parking lot outside one of the gates of the Old City of al-Quds.

The Palestinian resistance movement, Hamas, reacted to the al-Quds operation, describing it as a natural reaction by Palestinians to acts of aggression committed by Israeli settlers and their daily crimes against “our people, our land, and our sacred places.”