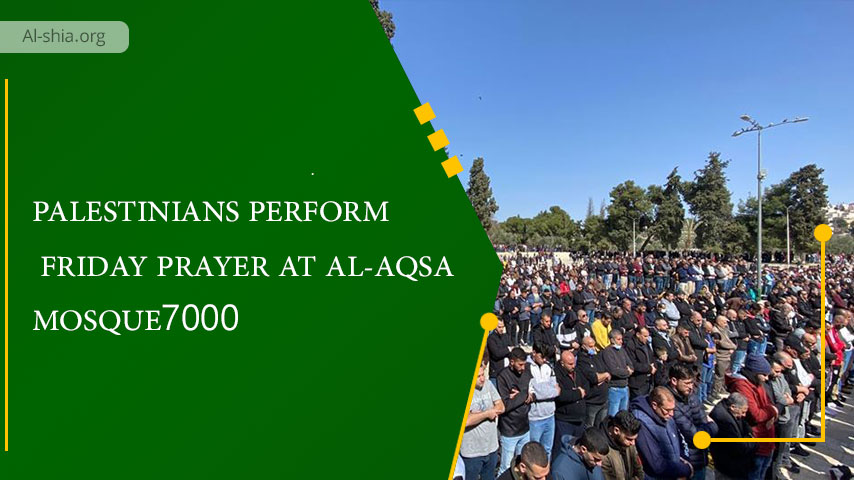 On Friday, 13th January, 2023, the Islamic Endowments Department in al-Quds reported that more than 70,000 worshipers performed the Friday congregational prayer in the holy site despite the Israeli restrictions imposed at the gates and entrances of the Old City. The Israeli police forces set up dozens of roadblocks, conducted extensive searches and checks on Palestinians and their ID cards, and prevented many of them from reaching the holy Islamic site.

Since the early hours of dawn on Friday, thousands of Palestinian worshippers gathered at the gates of the al-Aqsa Mosque on their way to attend the dawn prayer. Meanwhile, similar gatherings were also reported in several West Bank towns, amid the participation of families of Palestinian martyrs and prisoners.